Morrisey was joined on the tour of Phillips Machine Services by local community leaders, and CEO Bruce Dickerson and COO Nick Thompson.

For more on Attorney General Patrick Morrisey’s tour and tax cuts event in Beckley, check out the Beckley Register-Herald story below or watch WOAYand WVNS’s coverage. 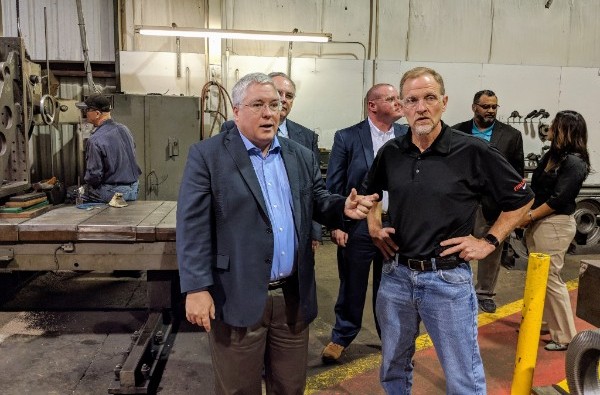 Morrisey, who lives in Jefferson County, came to Raleigh County to tour Philips Machinery, one of Beckley’s largest employers. Phillips is poised to become a leader of underground haulers and continuous miners.

“It’s actually a nice trip down memory lane,” Morrisey said. “I was here in 2012, when I first ran for attorney general.

“Some folks may remember when I ran for attorney general, this was the time when Barak Obama was really in the middle of his assault on coal.

“He was promising a lot of really bad things. I said I was going to step up to the attorney general’s position. We were going to take on federal overreach, and we were going to win in court.”